Get fresh music recommendations delivered to your inbox every Friday.
We've updated our Terms of Use. You can review the changes here.

What Did For The Dinosaurs 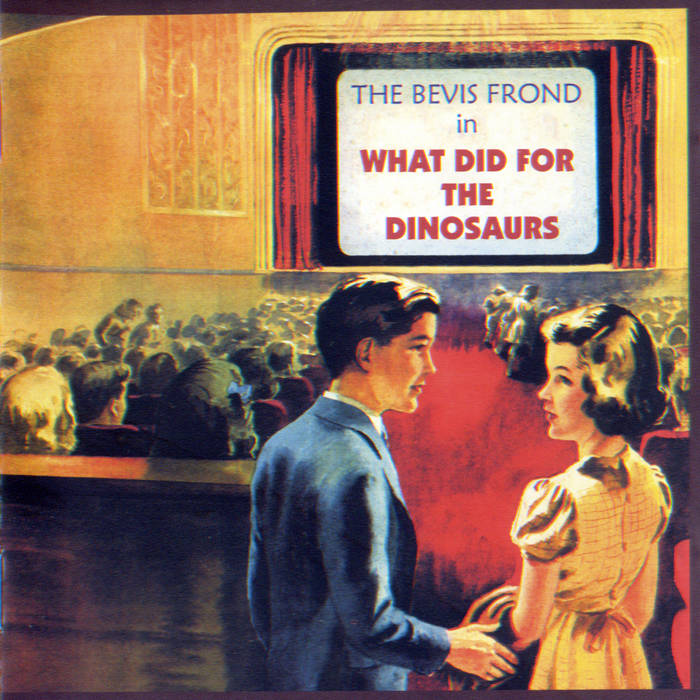 mad_daddy Love this record. Thanks to Mary Lou Lord for turning me on to it!

Two Years since Valedictory Songs and Nick was back in Gold Dust Studios with a full band. The Bevis Frond sound really progressed on this album, with more complex structures and instrumentation. The trademark Bevis sound is still very much apparent with great songwriting and choice guitar licks. The vitriol is back with the title track, but the mood is far more upbeat. There are distinct new avenues being trod here, with Yo-De-Lo, Nursery Rhyme and the almost Prog Dustbins in the Rain. Elsewhere, there's the punky Inhibition Twist and Breathe Out, the keyboard led Courtrai and the acoustic foilky ballad of Lost Souls Day, and some great female vocals by Nick's daughter Debbie. This album is full of ideas and the production is probably the best on any Bevis album so far.

The Bevis Frond, the band name used by Nick Saloman for his projects, released Miasma in 1986 to great acclaim from fans of psychedelic rock. A steady stream of LPs since then showcase Nick's strengths of strong songwriting, finely crafted lyrics, and a musical mixture from wig-out guitar jams to sensitive folky numbers. New album The Leaving Of London is a triumphant return after a 7 year hiatus. ... more

Bandcamp Daily  your guide to the world of Bandcamp

Quelle Chris joins the show to discuss his most recent release, "DEATHFAME"